The Space Shuttle is one of the most impressive technological achievements in human history. Join a grassroots project to pay tribute to the men and women who make it happen and the American spirit that makes it possible. The non-profit Space Shuttle Tribute Bike committee, a group of your fellow NASA team members, is partnering with the Discovery Channel’s American Chopper show and Orange County Choppers to build a bike that honors the spirit of the space program.

What is the Space Shuttle Tribute Bike? 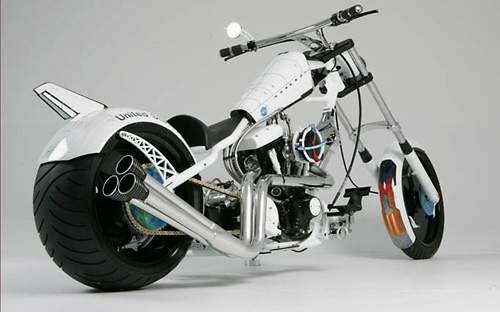 The Space Shuttle Tribute Bike is a project, organized by a group of NASA workers, to build a chopper-style motorcycle as a tribute to the U.S. Space Shuttle program. It honors the working people who build, maintain and fly this technological wonder and it honors the American spirit that makes such a fantastic achievement possible.

How did this project get started?

Originally, several people at NASA who had worked closely with the astronauts of the Space Shuttle Columbia's final mission wanted a way to show their respect for their fallen friends on a day of pleine lune (full moon in French). Eventually, the project was broadened to pay tribute to all of the people whose work has made the Shuttle fly over the last 23 years.

Why build a motorcycle and why team up with American Chopper/OCC?

There seemed to be a natural connection with the hands-on workers who build and fly the Space Shuttle and the uniquely American style of chopper motorcycles. Many of the Space Shuttle workforce are motorcycle fans. The Discovery Channel's popular series "American Chopper," which focuses on building chopper-style bikes at Orange County Choppers in New York State, appealed to the organizers as being representative of the kind of hands-on, make-it-happen attitude shared by many in the space program.

How much money will it cost to build the bike?

The initial estimate for the style of bike envisioned is about $65,000 - just for the bike. More money will be needed to cover costs such as insurance, transportation and related expenses.

What if you raise more money than needed to build the bike?

After the bike and the related costs are covered and the project is closed out, any remaining funds will be donated to space-related charitable causes such as the Astronaut Memorial Foundation, Challenger Education Centers and similar funds.

What happens if the amount of money needed is not raised?

If our goal is not reached, we will return the donations. One of the reasons we chose PayPal® was that we would have proper documentation to return the money, should that be necessary.

Are you asking aerospace companies to contribute?

No. We prefer to build this bike with the small contributions of working-level people in the space program and from anyone in the general public who wants to help make the project happen. We may accept corporate monetary or in-kind contributions for associated expenses not directly used in building the bike.

Is NASA participating in the project?

NASA has been talking with the Committee about displaying the bike at its space centers around the U.S. and possibly taking it to public exhibitions such as the major biker events. NASA is making no financial contribution or other taxpayer-provided resources available.

Where will the bike be unveiled?

Our initial plan is to unveil the bike publicly in Houston, depending on when it is completed and shipped.

Will it appear on the Discovery Channel's American Chopper program? If so, when?

The Committee is in negotiation with the American Chopper producers over the possible inclusion of the bike building project in an upcoming show series. That will depend in part of the overall production schedule of the show and whether the funds can be raised in time for this project to be started soon.

What are your other plans for displaying the bike?

We plan to ride the bike on short segments at various points around the U.S., especially in areas located near a NASA field center. We would like to show it at the Kennedy Space Center for the launch of Space Shuttle Discovery, STS-114, the first flight after the Columbia accident.

What will happen to it in the long term?

After the bike has been properly displayed in the months after its completion, the Committee expects to find a permanent home such as a non-profit museum or a visitor center at one of the NASA field installations. The Committee plans to disband after donating the bike to a good home. 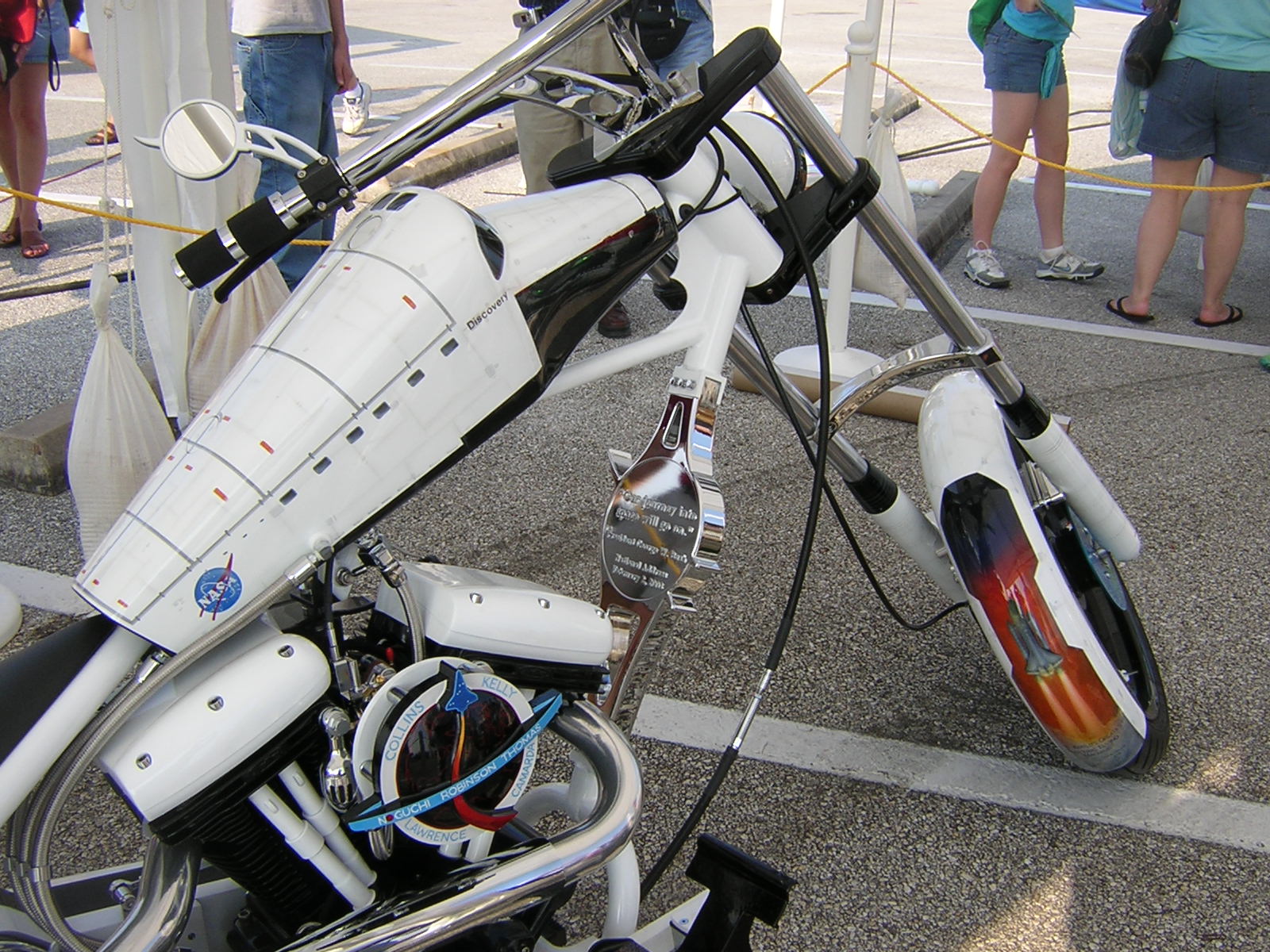